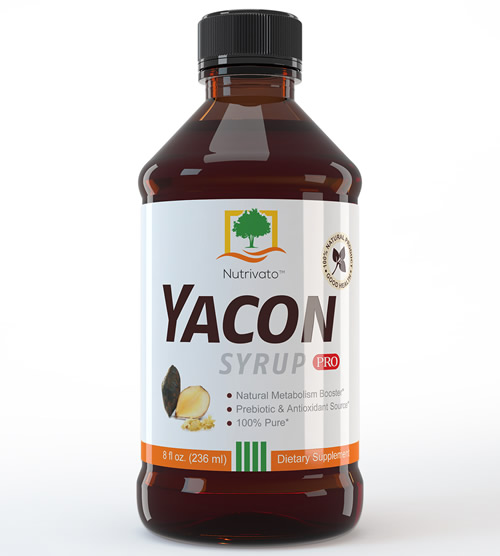 Who Is It For?

Yacon Syrup may be especially helpful if you:

NOTE: People who frequently suffer from diarrhea or loose stools may want to avoid yacon, as in larger amounts yacon syrup may cause diarrhea, bloating, flatulence and nausea. Do not take yacon if you are allergic to it or to related foods such as sunflower seeds.

The participants were 55 obese women with cholesterol problems and a history of constipation. One part of the group took Yacon Syrup, while the other part took a syrup without any active ingredients (placebo). The study went on for 120 days. 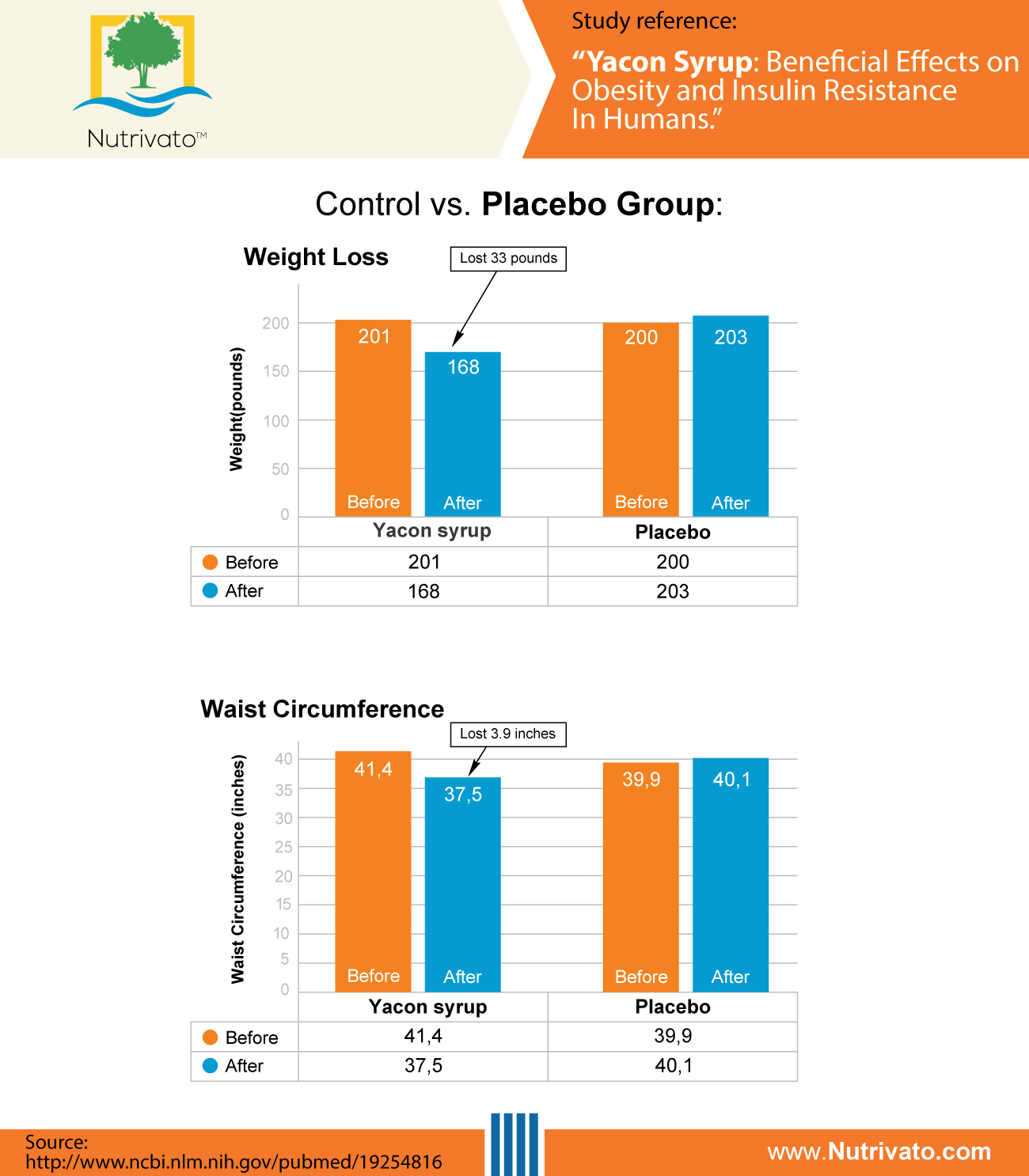 (Shake well prior to use!)

What's In The Bottle?

Yacon has been a staple food for the Andean Indian populations for centuries because of it’s wonderful beneficial properties. Now you can experience its benefits too.

Consumer Tip: Nutrivato’s Yacon Syrup Pro is a 100% pure and natural product, directly extracted from the Yacon root, without any artificial additives (it is NOT made from powder, as can sometimes be the case with low-grade retail Yacon syrup on the market).

Yacon Syrup Pro offers a variety of overall health benefits that reach FARTHER than just a metabolism-boosting effect (or weight-loss effect) you may be initially after! Yacon Syrup is not a weight-loss miracle. And it is not an aggressive or synthetic chemical. On the contrary:

It works in a unique way: It serves as Prebiotic and works by providing vital nutrition to the good (or “skinny”) bacteria living in your gut, that fight the fat-producing “bad” bacteria. These “good” bacteria control your metabolism, immunity and help keep your digestion in balance. This way your gut flora can become more balanced (which is not an instant process).

In turn, the “good” gut bacteria can do the work for you, as it’s meant to.

PRODUCT QUESTIONS
How much is inside the bottle?
How much FOS % (Fructo-oligosaccharides) is contained?
Non-GMO
NO Artificial Ingredients. NO Gluten. NO Soy.
Major Health Benefits
Is Yacon Syrup Pro FDA certified?
SIDE EFFECTS
Are there any side effects?
DOSAGE & STORAGE QUESTIONS
How much should I take (and when)?
How long is the product good for?
How should I store Yacon Syrup Pro?

How much is inside the bottle?

How much FOS % (Fructo-oligosaccharides) is contained?

NO Artificial Ingredients. NO Gluten. NO Soy.

FDA does not certify dietary supplements, since supplements provide nutrients that are already present in our foods. However Yacon Syrup Pro is manufactured and packaged in a facility that is FDA-registered and is:

Are there any side effects?

How much should I take (and when)?

How long is the product good for?

How should I store Yacon Syrup Pro?

Buy from Amazon.com
Order with confidence knowing you're fully protected by our unconditional 100% Money-back Guarantee.